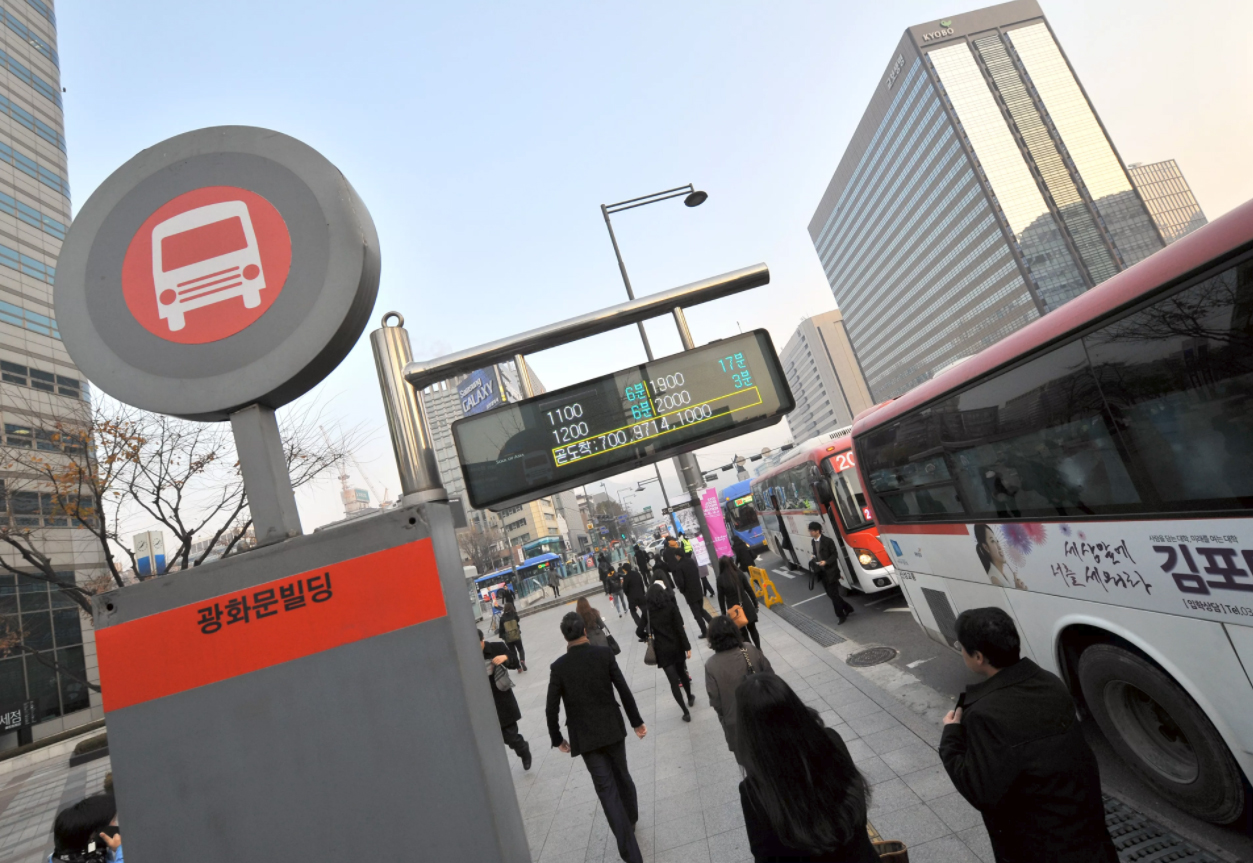 New bus stops in South Korea are making us wonder if we’re living in a sci-fi society without even realizing it. Glass boxes that test public transport users for COVID-19 ahead of boarding look awfully futuristic, and we can’t shake the feeling that we’ve seen the concept in a fictional film before.

The boxes have a similar design to that of Willy Wonka’s legendary glass elevator. They both provide unique travel options, but unfortunately, the South Korean bus stops don’t promise the inheritance of a chocolate empire. Instead, they offer transportation within your city if you prove to be fever-free.

Each glass bus stop has thermometers built-in. This non-invasive way to tracking temperature allows patrons, both children and adults, to be screened for high temperatures before boarding the public bus, according to Medical Xpress. If any potential passenger has a temperature over 99.5 degrees Fahrenheit, the glass doors leading to the waiting bus will not open. That means no ride if you’re sporting a high temp.

There are other perks, too. Naturally, the glass structures provide immediate shelter from nature’s elements. They also provide WiFi and free hand sanitizer. Other precautions are still advised, like wearing a mask and keeping appropriate social distance, even with the new technology.

While these bus stops are new innovations, there are already 10 of them installed inSeoul, South Korea. Each cost around $84,000 to build, a high price for high temperature precautions. But something that seems worthwhile.

South Korea, in general, has been well ahead of many parts of the world when it comes to Coronavirus precautions. The community flattened their curve all the way back in March. Though the virus continues to spread within the country, most days see a report of well under 100 cases per day. Any additional spikes, compared to the outbreak in the Spring, have been avoided.
And both South Korea and America had their first official Covid-19 diagnosis on January 20, according to Vox.

COVID-19 numbers continue to soar in the United States. On Wednesday, it was revealed an average of over 1,000 people were dying daily from the virus in America, CNN reported. This number held steady for 16 days in a row.

Meanwhile, South Korea has had a total of 304 COVID-19 deaths since the start of the virus. South Korea does have a much small population comparatively, though, with close to 52 million citizens.

Passengers walk past a bus at a bus stop in Seoul on November 22, 2012
<JUNG YEON-JE/AFP VIA GETTY IMAGES/GETTY>